1806:
Francois Isaac de Rivaz (born in Paris, December 19, 1752; Died in Sion, July 30, 1828) was a Swiss inventor, credited with inventing and constructing the first successful internal combustion engine in 1806. The engine was powered by a mixture of hydrogen and oxygen. The hydrogen gas was contained in a balloon and the ignition was an electrical Volta starter. A year later, Francois Isaac de Rivaz built one of the first automobiles – of course, powered by his new engine.

NOTE: Gasoline was not used for internal combustion engines until 1870.

see How The Oil Co’s First Took Over
A.K.A. The Oil Age That Never Should Have Been

1860 – “hydrogen on demand”
In 1860, Frenchman Etienne Lenoir developed the 3-wheel Hippomobile. The Lenoir Hippomobile was propelled by a 1-cylinder, 2-stroke engine. The hydrogen was created for the car by electrolyzing water and the resulting gas was run through the horizontal engine. In 1863 the Hippomobile with a hydrogen gas fuelled one cylinder internal combustion engine made a test drive from Paris to Joinville-le-Pont. Lenoir sold about 350 to 400 Hippomobiles. Lenoir’s engine was commercialized in sufficient quantities to be considered a success, a first for the internal combustion engine.

1933
The next hydrogen car invented was in 1933. Norway’s Norsk Hydro power company converted a small truck. The truck carried an ammonia reformer that extracted hydrogen and then burned this in its internal combustion engine. 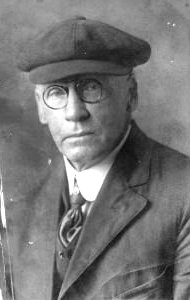 The late Henry “Dad” Garrett was a multi-talented Dallas inventor with a bent for electrical contrivances, and in 1935, he and his son, C.H. Garrett, patented and exhibited an automobile that ran on water — actually, on hydrogen after the water was broken down by electrolysis.

Dad Garrett was already famous for his work. In 1920 he set up WRR in Dallas, the world’s first municipal radio station, and was its first announcer. He was the first man to build a radio in his car, and he developed radio transmission from the car for police use. He also invented an automatic electric traffic signal, possibly the nation’s first.

On September 8, 1935, The Dallas Morning News first announced that the water-fuel concept worked — at least it worked for “several minutes,” the article reported. A few months later, Pathe’ News filmed the car driving along Garland Road with the driver stopping at White Rock Lake to fill the fuel tank with water before cruising off.
Later, Karen Klinefelter wrote, “Aptly enough, the film was shown on Pathe’s Stranger than Fiction feature program.”

In 1942, U.S. Vice President, Henry Wallace, while on a Good Will Tour of South America, saw the Pacheco hydrogen generator run an automobile engine and shortly thereafter, the president of Bolivia, General Enrique Penaranda, observed the same phenomena. Both men encouraged Francisco to bring his invention to the United States.
In 1944, Pacheco received a letter from the patent office stating that because of the high cost of aluminum and magnesium (the two metals used in his invention) that his patent was impractical.
In the 1970’s, when air pollution and oil shortage became a problem, Francisco ‘unshelved’ his generator believing that the time was finally right. He secured a U.S. patent and a few years later, he received patents from Germany, Brazil and Japan.
more …

1959
Harry Karl Ihrig, working for Allis-Chalmers converted a farm tractor to create the first fuel cell vehicle in history. The vehicle contained 1,008 tiny alkaline fuel cells which provided the electricity to power the tractor. It is now housed in the Smithsonian Institute.

1970’s: Archie Blue, from Christchurch, New Zealand, was a competent inventor. In the 1970s he wanted to find a way to provide heat or cooking fuel for a camper by converting water into hydrogen and oxygen. He ended up with a device that produced enough gas to run a motor vehicle, using a 12V air pump to force air through his electrolyzer. He patented it and demonstrated it before experts.
more: http://www.waterpoweredcar.com/archieblue.html

In 1974 John Houseman and D.J. Cerini of the Jet Propulsion Lab, California Institute of Technology produced a report for the Society of Automotive Engineers entitled “On-Board Hydrogen Generator for a Partial Hydrogen Injection Internal Combustion Engine”.

Andrija (Henry Karl) Puharich was a visionary U.S. scientist, a medical doctor-turned-researcher extraordinaire. Among the many projects that he undertook during his unusual career was to find a way to efficiently decompose water into clean-burning fuel.

His motive in doing so was to preserve a healthy atmosphere. As a physician, he was well aware of the harmful effects of fossil fuel pollution. He actually accomplished his goal in the late 1970’s, as indicated by his U.S. patent # 4394230. He converted a motorhome to run on the gas that his electrolytic resonance device produced.

Yul Brown was a Bulgarian scientist who immigrated to Australia, where he developed a welder that used the hydrogen and oxygen from water as fuel. Because of this the gases that come from water are commonly referred to as “Brown’s Gas”. But others had been using the component gases of water as fuel long before Yul came along. However, he was the first to popularize this unusual mixture of hydrogen and oxygen, and he noted strange results in his research. For instance, he found that this gas was capable of neutralizing radioactive waste! He also ran a car on the gas.

In 1985, Dingel said, he drove his car from Metro Manila to Laguna over a distance of 167 kilometers consuming 15 liters of water and half a liter of gasoline. When he made a trip to the US, he added, he had occasion to show Americans that his car could make the Detroit-to-Florida run on 60 liters of water and two liters of gasoline. Government authorities have confirmed these claims in scientific tests and today Dingel drives a car with these words, in bold letters, painted on the rear windshield: “This car runs on water.”

Eye-witness accounts suggest that US inventor Stanley Meyer has developed an electric cell which will split ordinary tap water into hydrogen and oxygen with far less energy than that required by a normal electrolytic cell.

In a demonstration made before Professor Michael Laughton, Dean of Engineering at Mary College, London, Admiral Sir Anthony Griffin, a former controller of the British Navy, and Dr Keith Hindley, a UK research chemist. Meyer’s cell, developed at the inventor’s home in Grove City, Ohio, produced far more hydrogen/oxygen mixture than could have been expected by simple electrolysis.

“On a 100-mile trip, we use about four ounces of water.” Klein says his prototype 1994 Ford Escort can travel exclusively on water – though he currently has it rigged to run as a water and gasoline hybrid. “Simply speaking, our plan is to end our dependence on fossil fuels.”
more …

with his radio frequency generator (RFG), noticed a surprising side effect, when he aimed the RFG at a test tube filled with seawater, it sparked. This is not a normal reaction by water.
Kanzius tried the test again, this time lighting a paper towel and touching it to the water while the water was in the path of the RFG. He got an even bigger surprise — the test tube ignited and stayed alight while the RFG was turned on.

see many UTube videos on several inventors who have succeeded.

A hydrogen generator out of Houston, Texas

Build Your Own Hydrogen Generator